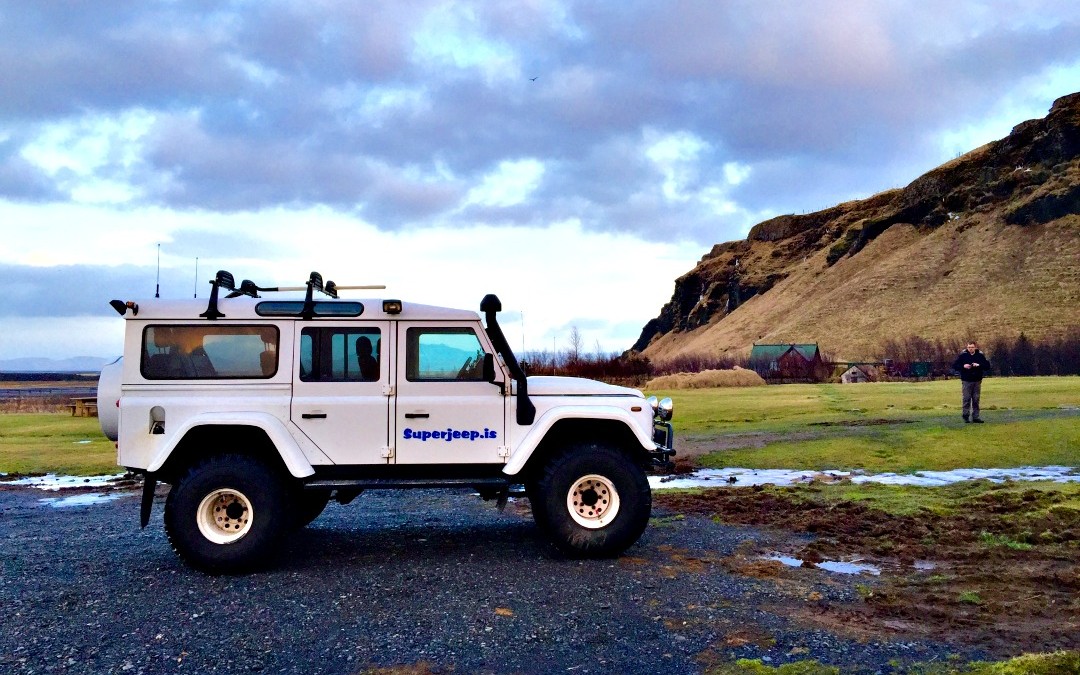 If you only have a couple of days in Iceland (as many people do, due to Icelandair’s famous stopovers), there is one thing you have to do–go on a SuperJeep Tour. Hands down one of the best things I’ve ever done. 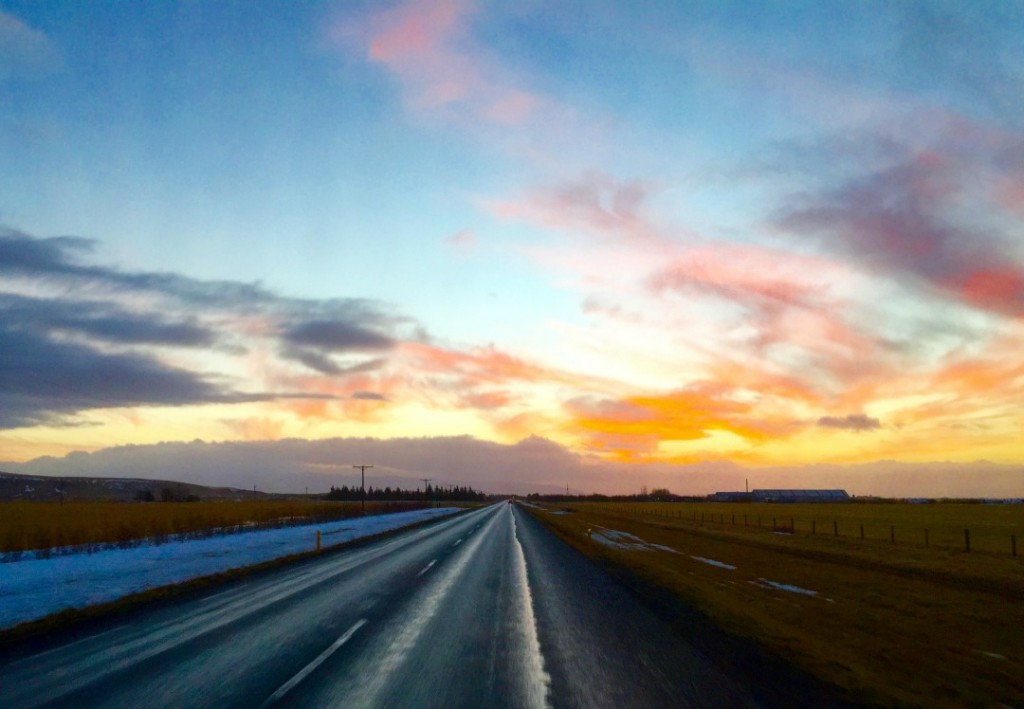 My first tour with was the South Iceland SuperJeep Tour. It’s a full day at 9-10 hours, and at first I was a little wary of that, thinking it would be too long. However, as soon as we got on the road, I wanted it to never end. 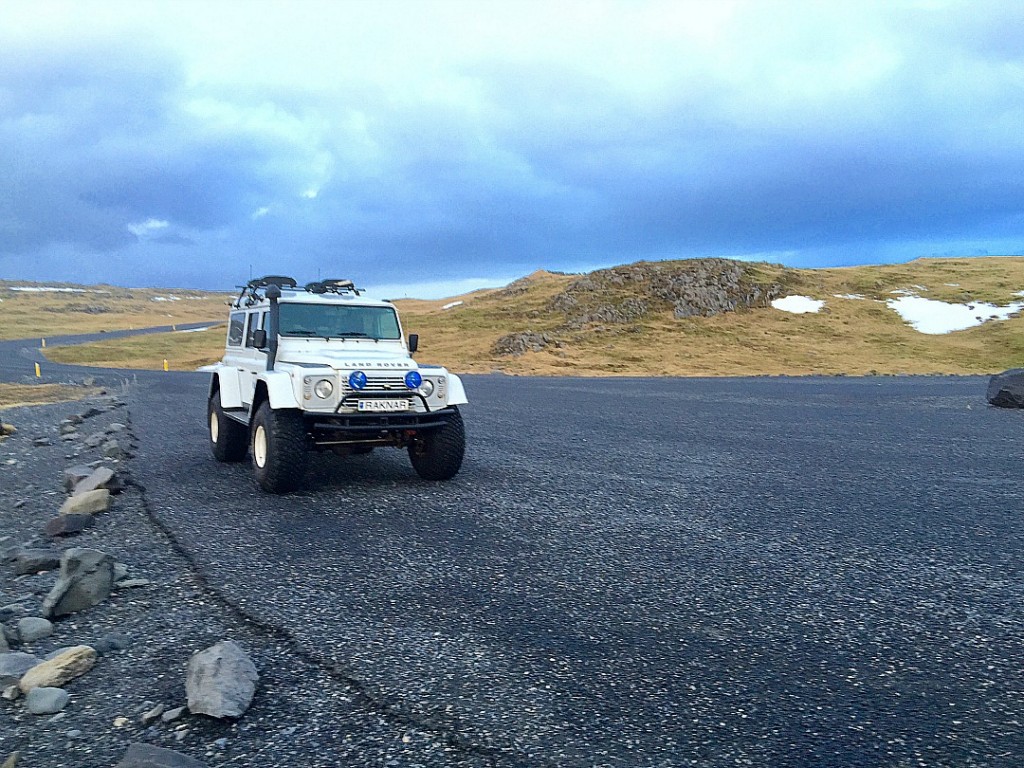 On this tour you get to see black beaches, waterfalls, aircraft wreckage, and a fishing village, among other things. It’s one beautiful sight after another. My driver, Christian, picked me up at my hotel, then we set off on our adventure.

SuperJeeps are actually Land Rover Defenders. They are tricked out with everything necessary for off roading in remote, rugged conditions. Spiked tires, sophisticated electronics systems–even internet. They are Bad Ass. Just being in the vehicle was a big thrill for me. When I crawled inside for the first time, I could barely contain my excitement. 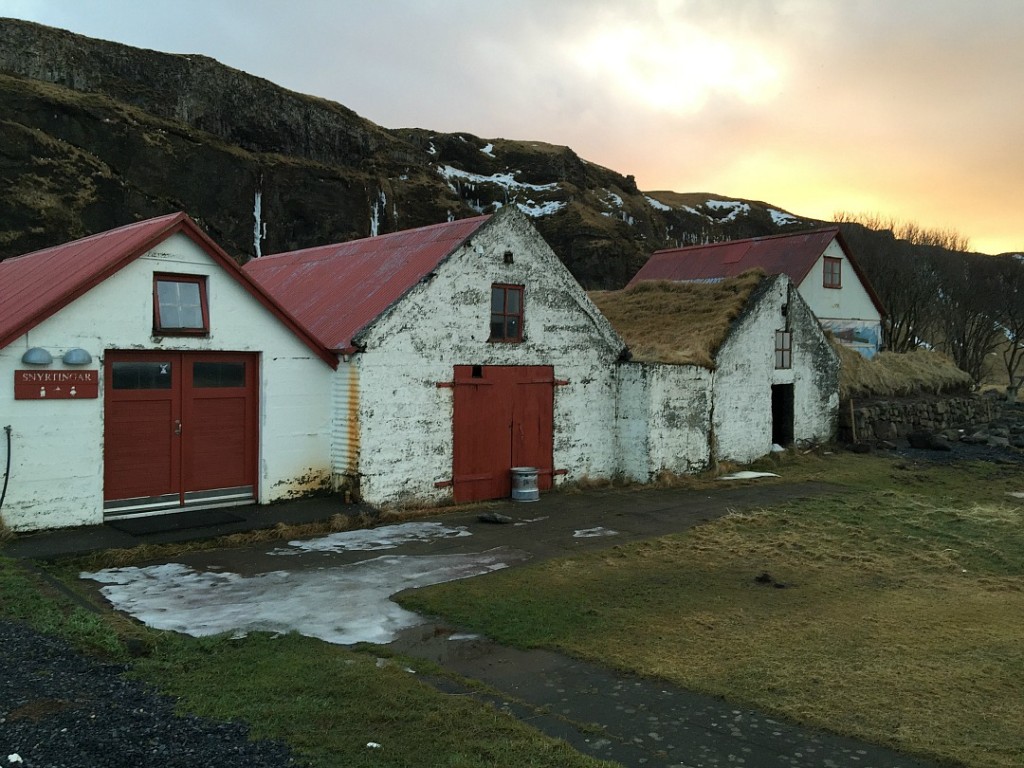 The sky was turning different shades of purple–the morning version of twilight. The lighting all day long in Iceland is fantastic. It’s constantly changing, along with the weather, and the sky fills with hues of orange, purple, blue, red and pink. And of course, at night in the winter, it fills with the fascinating green of the northern lights. (You can read about my northern lights tour with superjeep here). 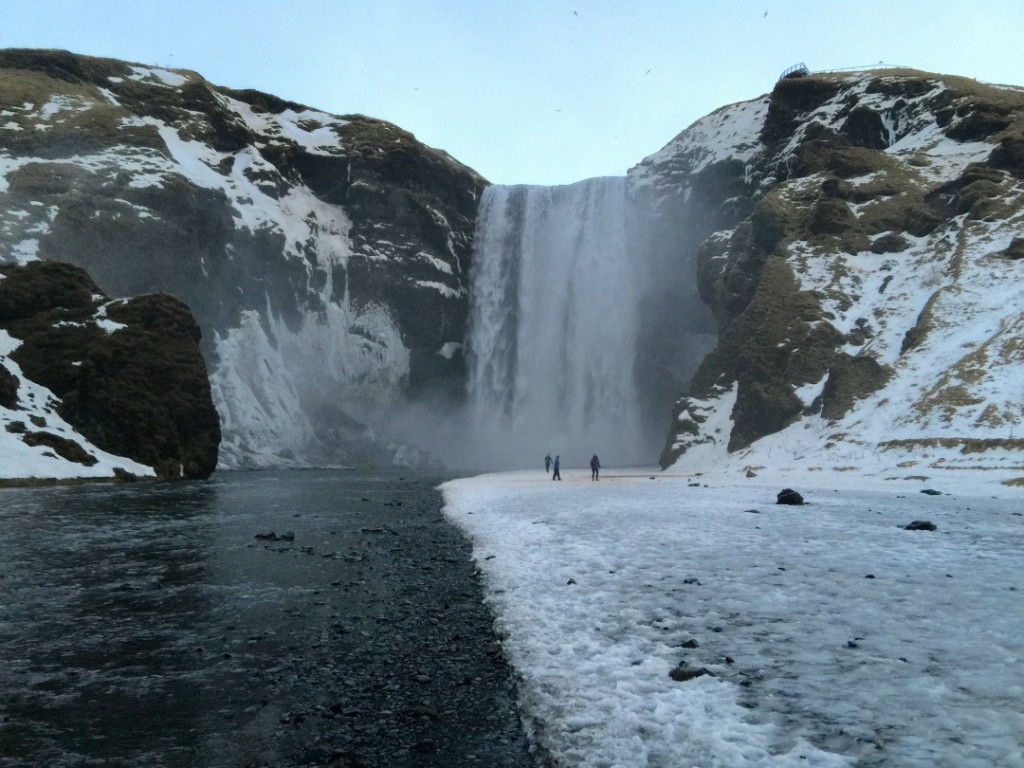 Seljalandsfoss is a 200ft. waterfall that has a little trail that allows you to go behind the falls. It was too icey the day we were there, but it was spectacular from every angle. See the people? That gives you some perspective. 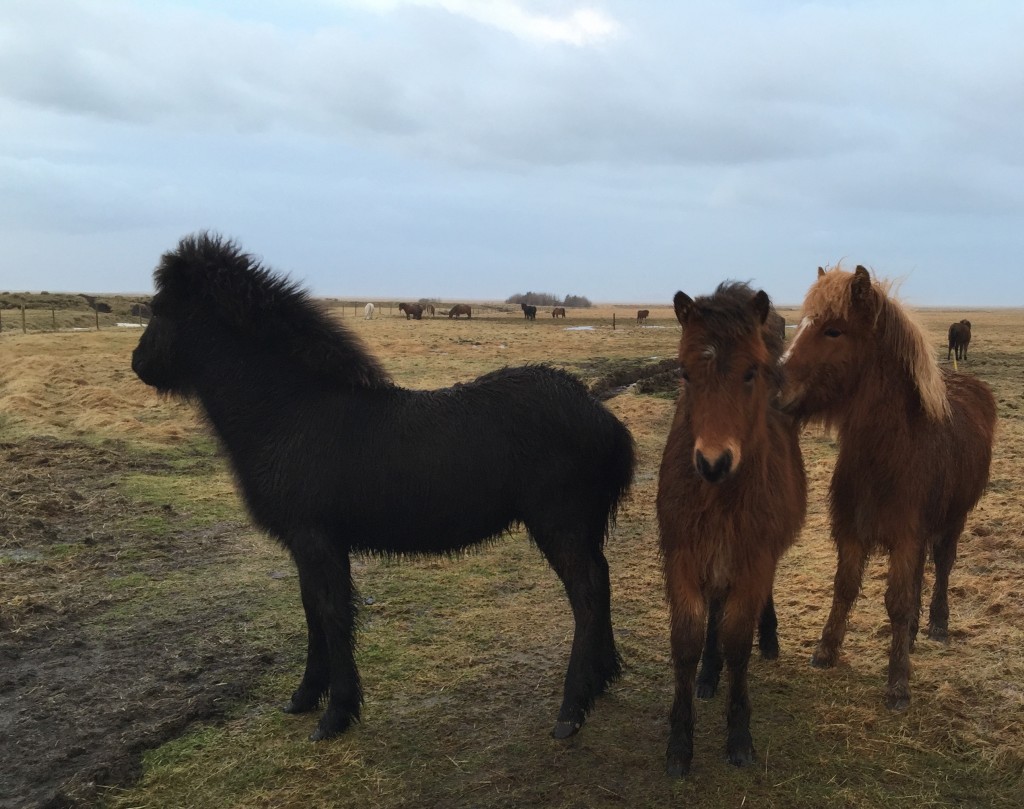 I was thrilled to see Icelandic horses pretty quickly into our trip. They are so cute. They’re furry and smaller than the horses I’m used to. They are one of Iceland’s treasures, famous for the tölt gait which makes riding them extra smooth. I was obsessed with these horses until I had a chance to ride one, I’ll tell you about that later. 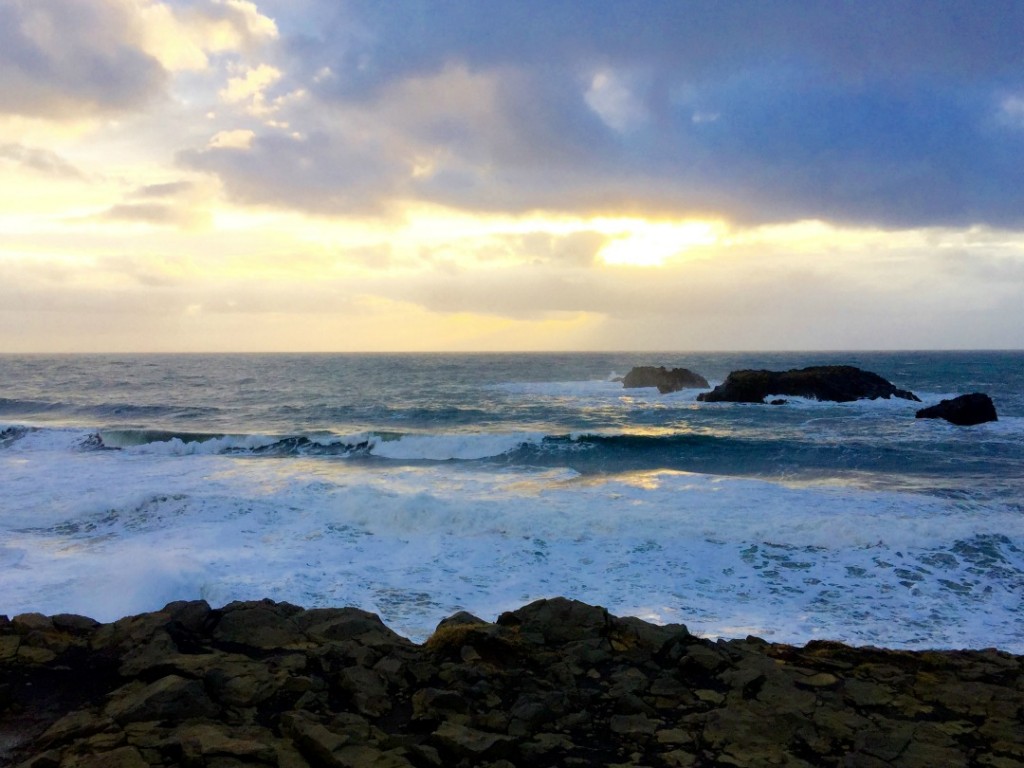 You get many different vantage points on this trip, giving you a great overview of the area. You see mighty waves crashing against rocks on a black beach up close, then you see the same thing from a bluff.

One of the most exciting parts of the journey for me was driving on Sólheimasandur’s black beach where the airplane wreckage is. It is what’s left of the old US Navy Douglas Super DC-3 that went down in 1973. No one was killed in the crash. I don’t know why that shell of a plane is so cool, but it is, set against the backdrop of waves and rock like something you’d see in a time travel movie. And you’re out there basically alone. There were not a ton of people around when I was there, making it feel even more special. 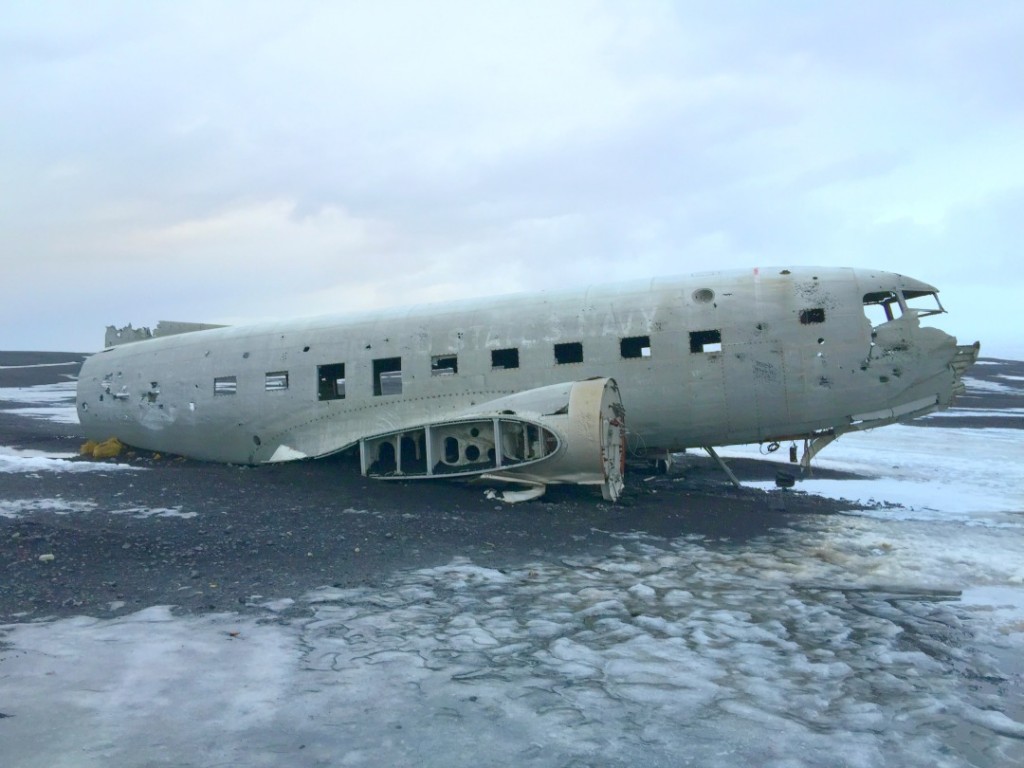 I’d seen pictures of this many times, but in person it is a major charge to see this icon. It was also exhilarating to be that close to the ocean. The waves are formidable. At a previous stop I watched a couple trying to take a picture get hammered by an unexpected wave. Then Christian told me that a woman had been swept out to sea while she was taking a picture a couple years ago. They could’t fish her out, she was just gone. Mother nature is nothing to fool around with in Iceland. But man is she spectacular.

On our way back to Reykjavik, we hit a blizzard. If I’d been driving by myself, as many travelers do, often in tiny rental cars, I would have been scared. Visibility was near white-out at some points, but in the driver’s capable hands, I was able to just take in the immense beauty of the snowstorm. Christian told me it was a road that could get gnarly in the winter but that it would be completely different as we crossed the mountain, and sure enough, it was. I was sad for it to end, it was such a great day. If you are in Iceland, be sure to take a SuperJeep tour. Find out more on their website. 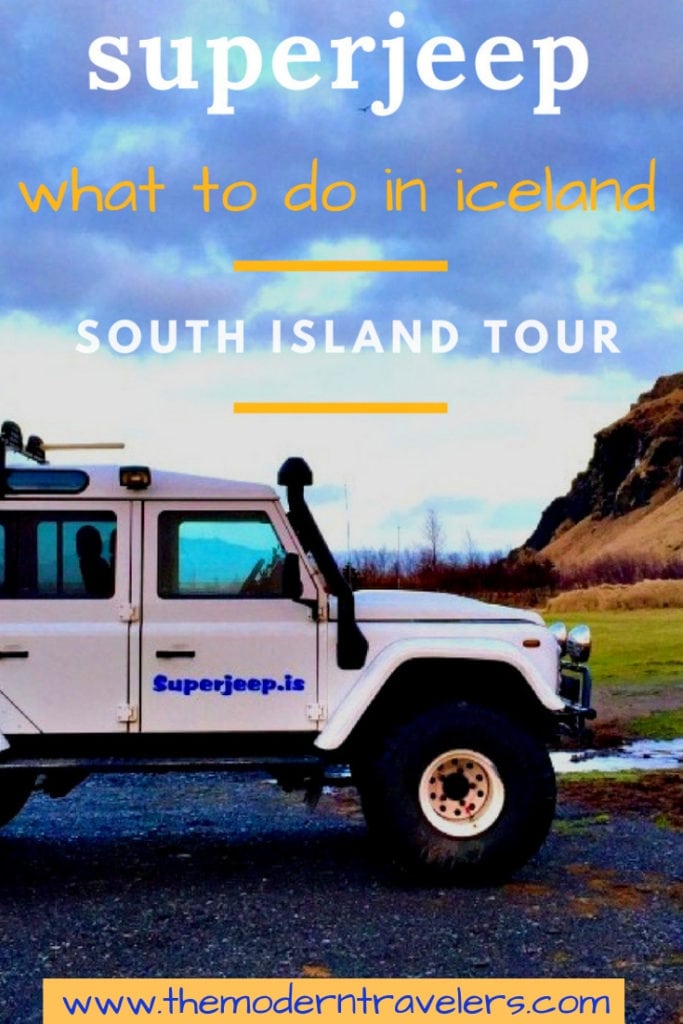