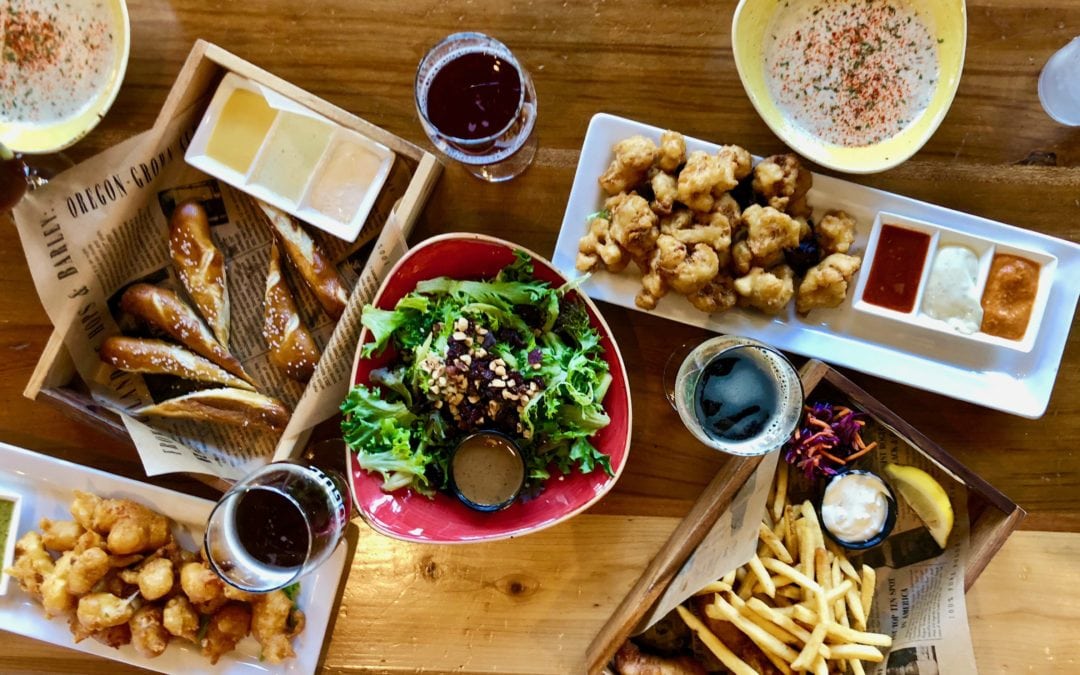 Rogue is one of my favorite breweries. Top five for sure. Their beer is consistently good, and I love all the different flavors, like Chocolate Stout, Hazelnut Brown, Marionberry Sour, Cold Brew–I could go on. Right now they have a Pumpkin Patch Ale that is out of this world. Part of the reason their beer is so good, I think, is because they have their own farm and they use fresh picked food (often organic) to make their beers. Farm to glass, as it should be. 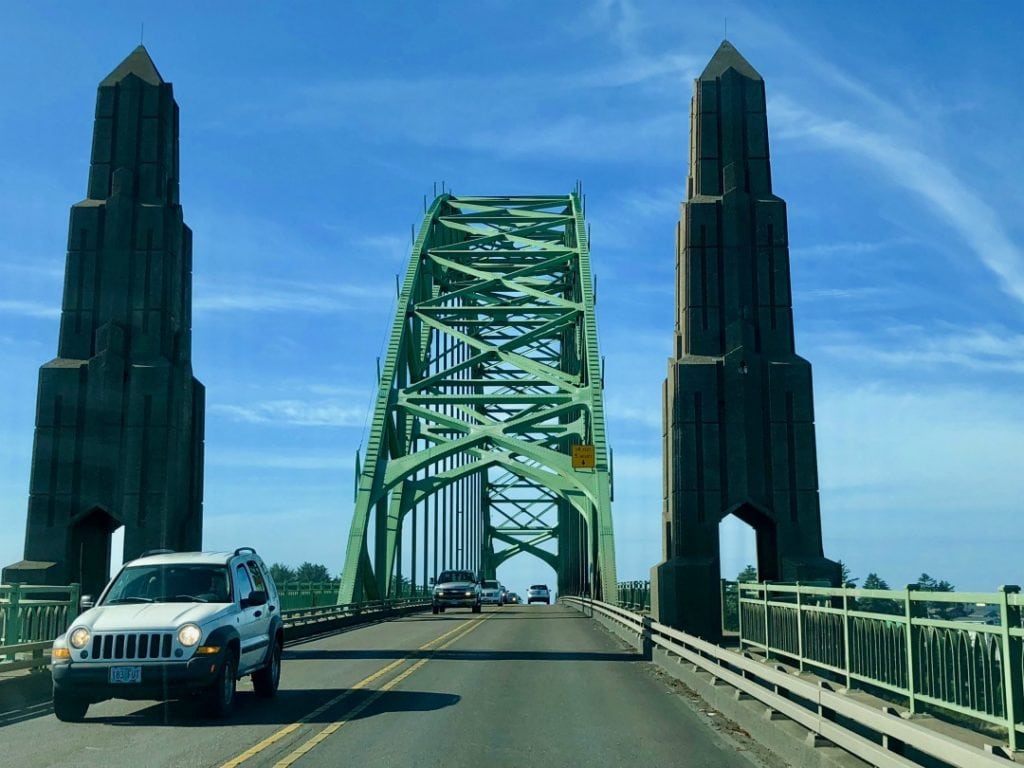 Another reason I love Rogue is that they are just straight up fun. They’re cheeky, with a sense of humor and a little attitude, and being the design freak that I am, I also really appreciate their label art and aesthetic. Everything they do has been considered, and you can taste and see the quality but–they are completely unassuming about it. 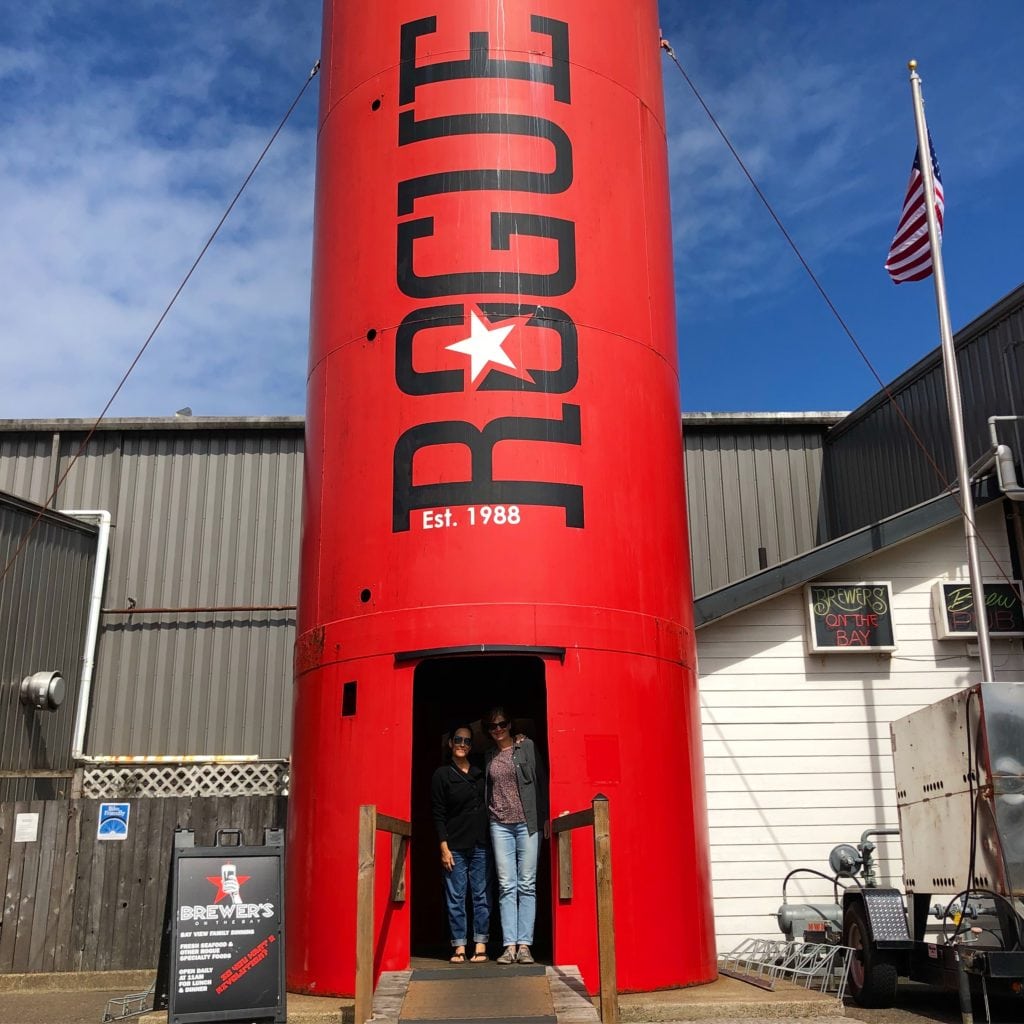 I got to visit Rogue’s mothership this month and it was like a beer pilgrimage. It was so fun! First of all, the headquarters is located net to the giant bridge in Newport Oregon, and the views are gorgeous. It was totally unlike any other brewery I’ve visited. There are some unique things going on there. 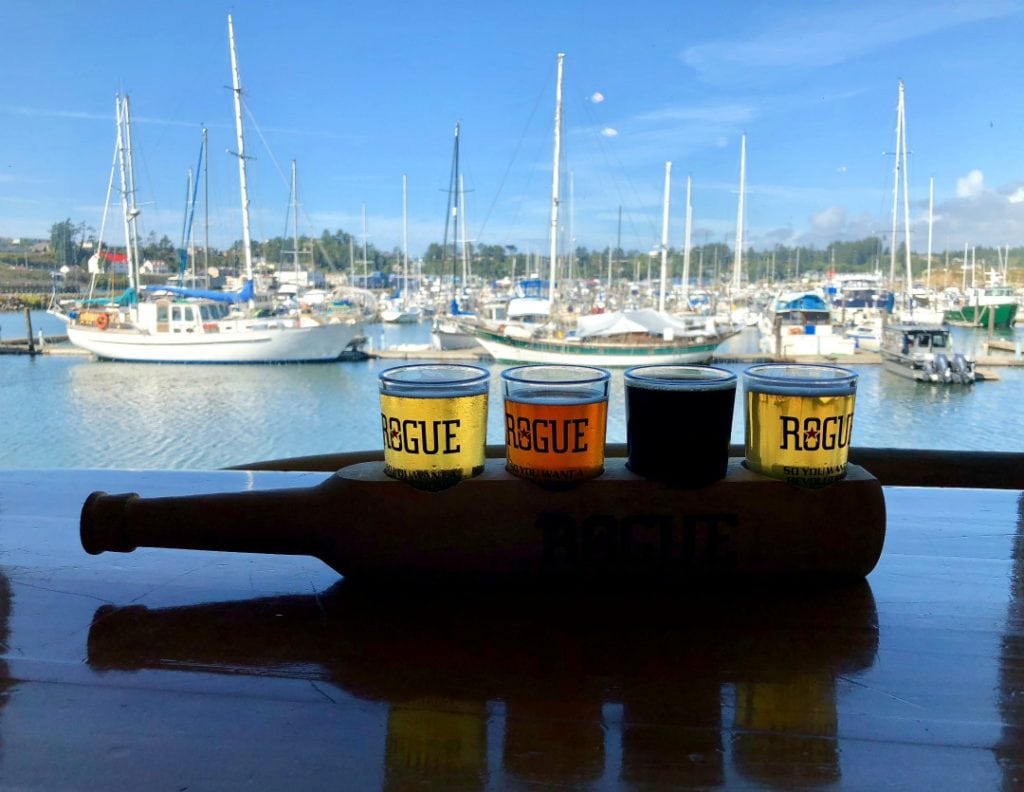 First let’s talk food and beer, because you’re probably dying to know what those are like. As picky as I am about beer, I like almost every Rogue I’ve ever tasted. With the exception of IPA and one really strong beer, it’s tough for me to choose because they are all so delicious. Rolling Thunder was the strong one, did you know beer can have over 14% alcohol? I did not know that! 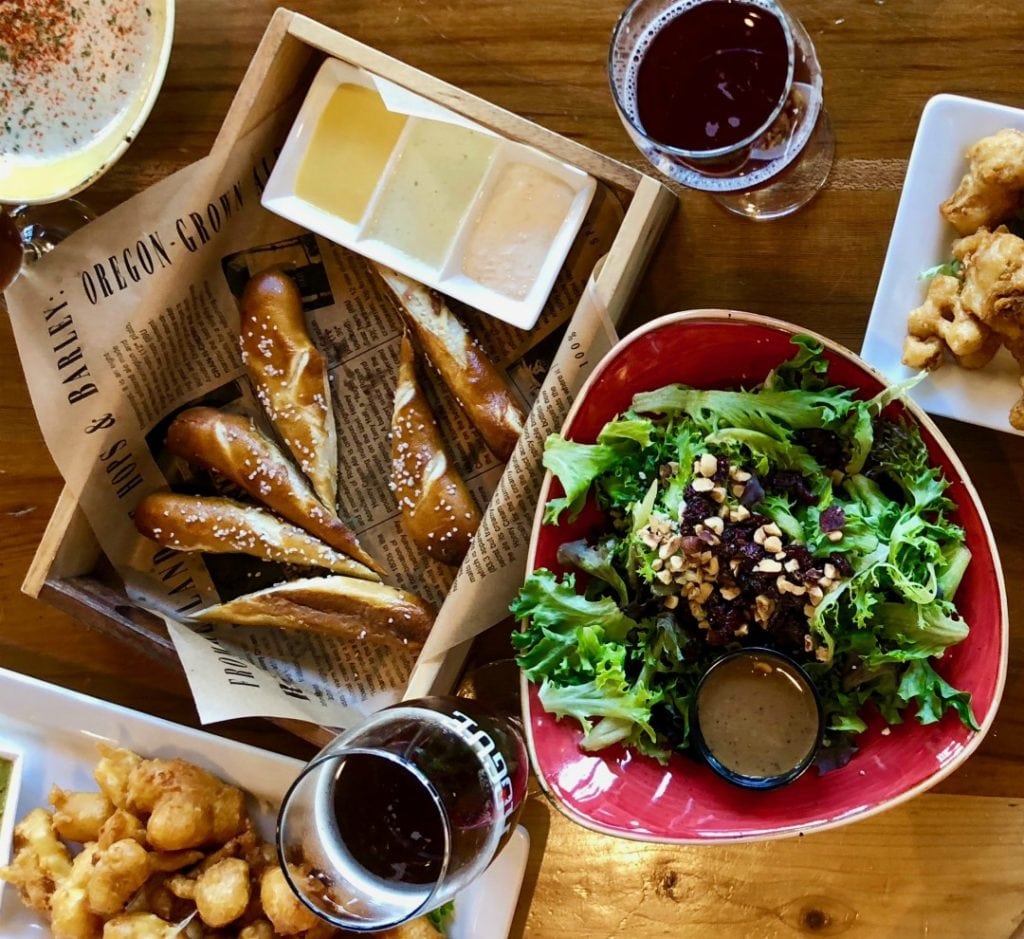 The menu is the same as the Portland Rogue (Pearl Public House review HERE), so we tried different things this time, and re-ordered some favorites. The Hazelnut and Cranberry Salad was delicious with local cranberries and Rogue Farm Hazelnuts. God I love hazelnuts. We had Salmon Fish & Chips made with Beer Batter and though I didn’t think I would like salmon that way, it was good. We re-ordered the Fried Cauliflower and a few appetizers and tried the Clam Chowder which is a real local thing on the Oregon Coast. The presentation is playful and pleasing, and the food is satisfying. I barely remember the conversation at the table during this meal because we were all so focused on our food. I think it was a whole lot of “Oh my god this is so good!” 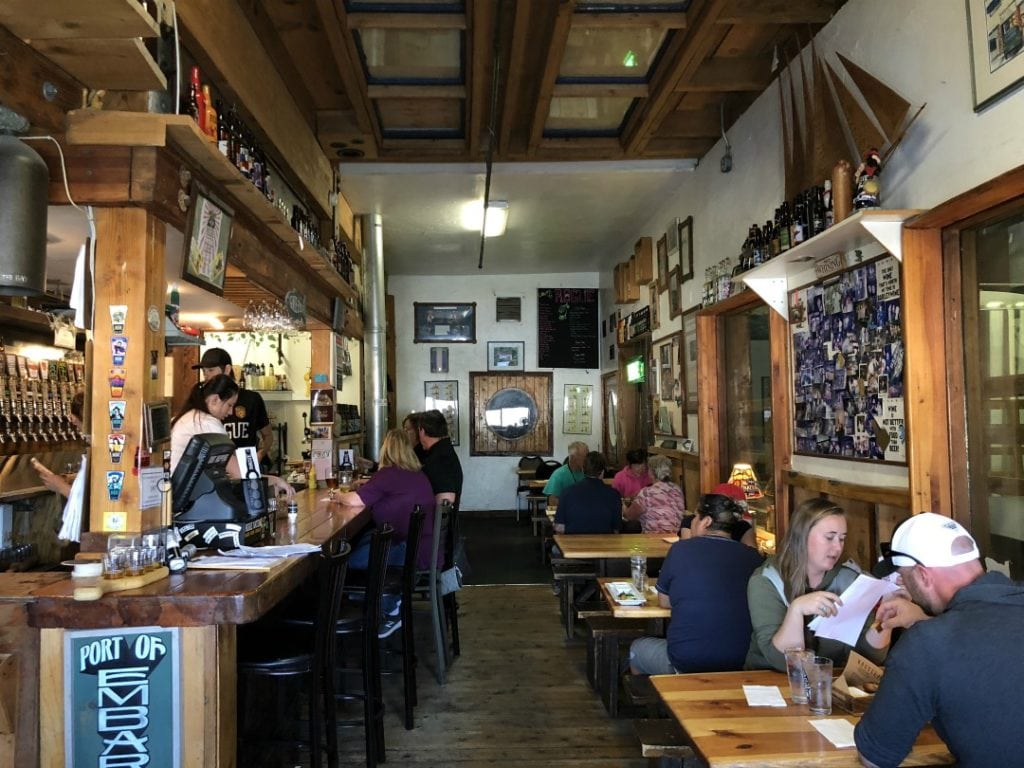 The atmosphere is really casual and comfortable. It’s kind of Fisherman’s Wharf-ish. The restaurant area is more spacious with water and bridge views, and the bar is cozier. 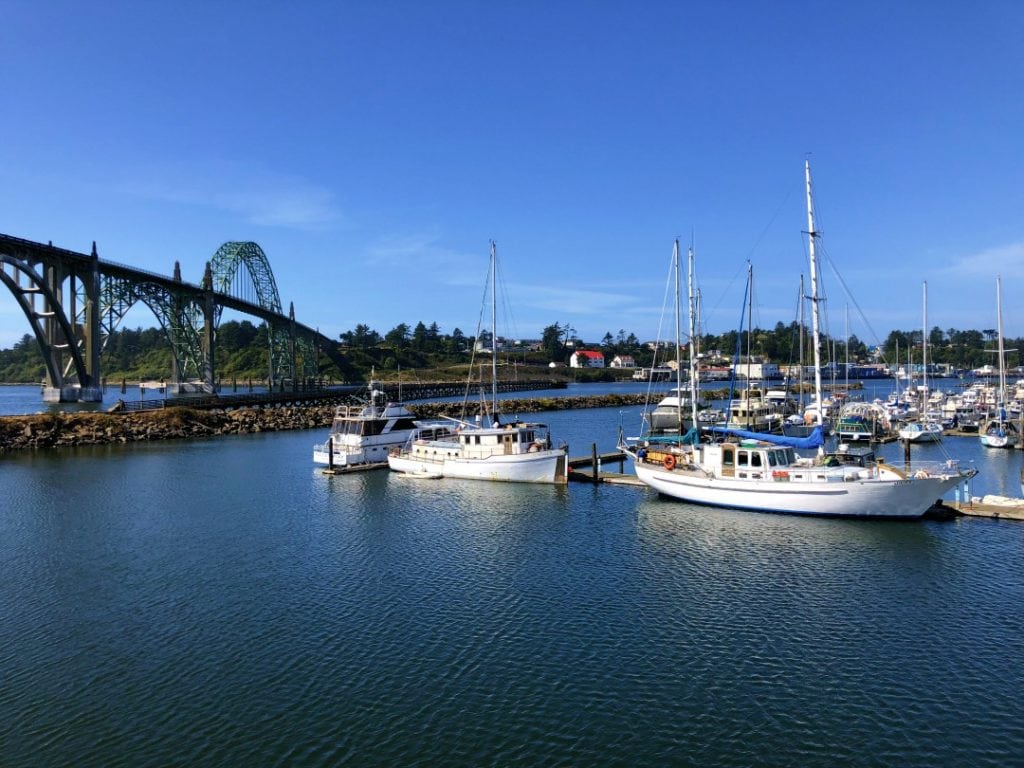 Bridges on the Oregon Coast are like art. They’re all different, and so pretty. Newport’s historic Yaquina Bay Bridge   is huge and makes a striking landmark right there in the backdrop of the Rogue Headquarters. It’s also lovely to see the boats and water. 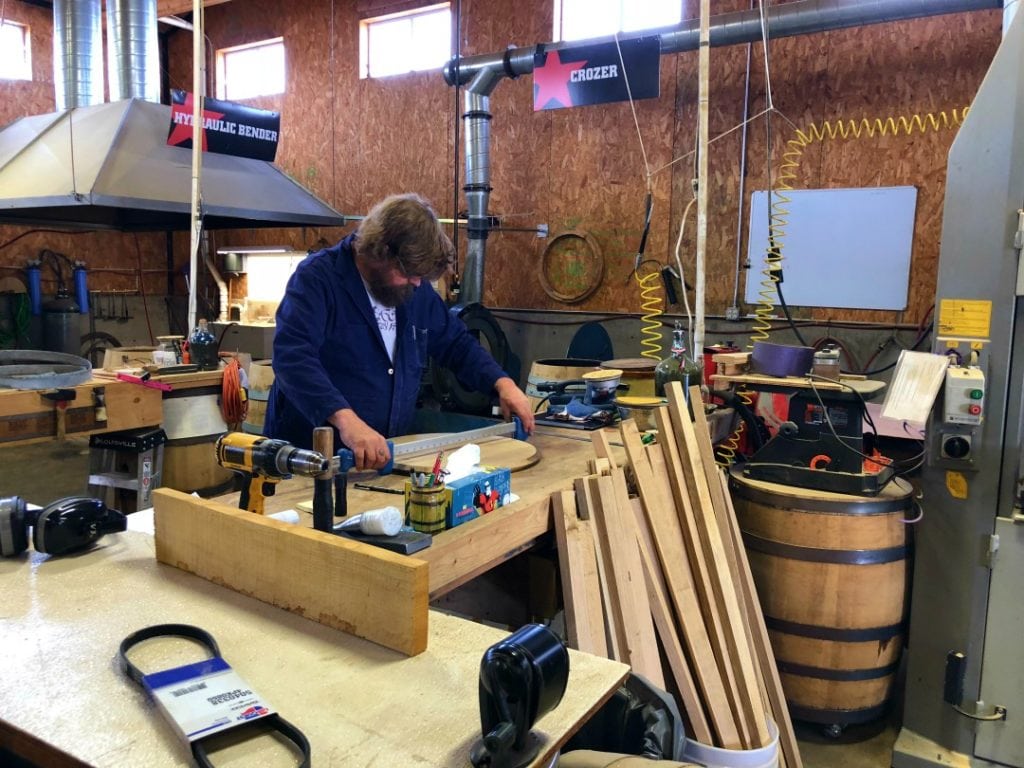 There’s a guy that, all he does is make wood barrels. His warehouse is calming with classical music playing in the background, and it smells wonderful from the wood. Before this, I never once contemplated how one would make barrels, but it was fascinating to see. Really makes you appreciate the love that goes into Rogue’s beers even more, and this ancient art of beer and spirit making. 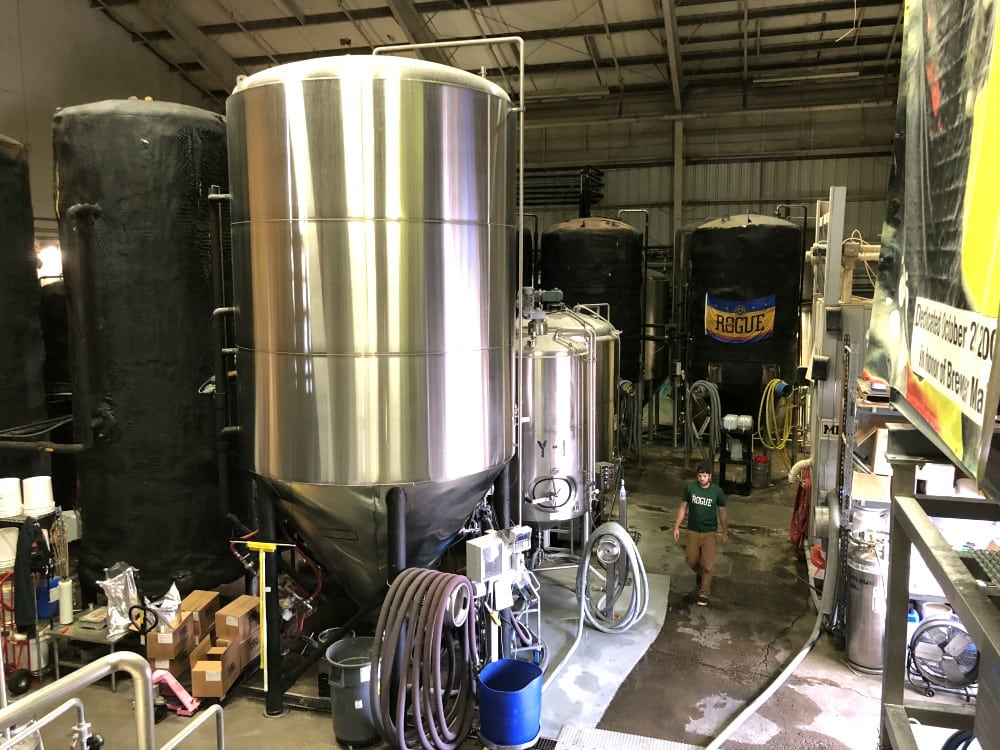 In true Rogue fashion, some of the beer silos are repurposed milk silos. You can see them in the above picture, they’re the black silos. Did you know that a beer silo costs upwards of 50K? When Rogue was just getting started, they ingeniously got some old milk silos and used those, and they are still going strong. 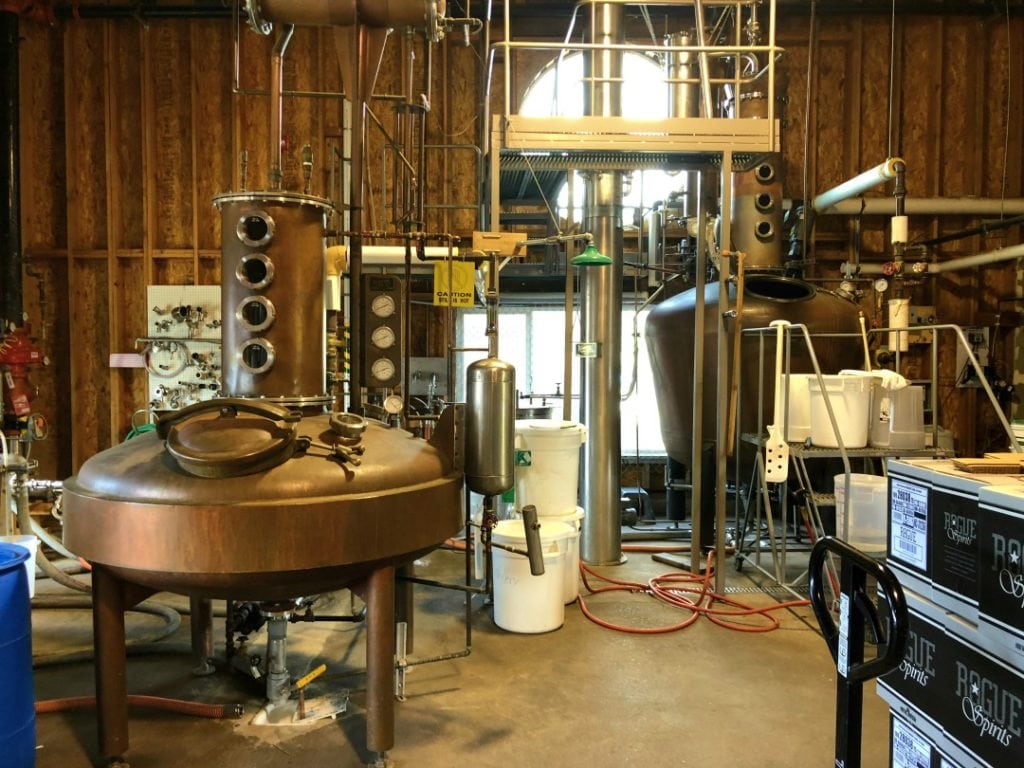 In the distillery, Rogue makes Gin, Whiskey, and other spirits. I’ve never seen a still before, have you? There are two in this picture. They age spirits and beer in barrels. The Dead ‘N Dead, for instance, is Dead Guy Ale aged in Dead Guy Whiskey barrels. 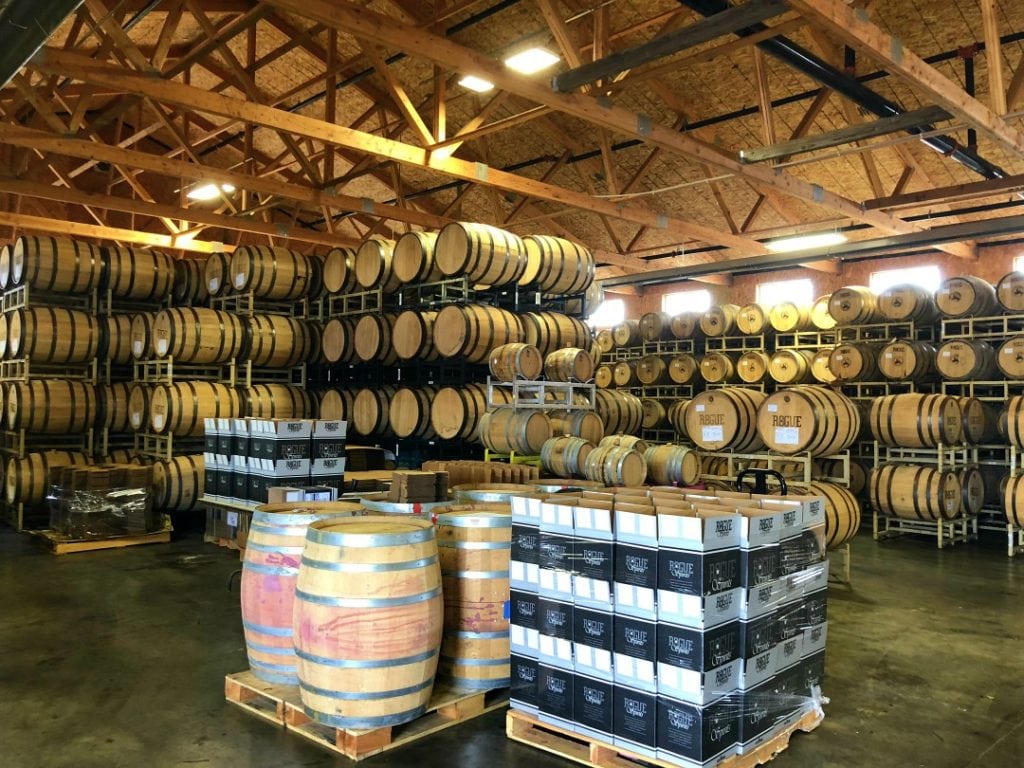 This room with all the barrels smells wonderful. It’s wood, beer, whiskey, earthy, primal. I could just imagine people doing this for centuries. I love that it’s still barrels and not some high-tech material. 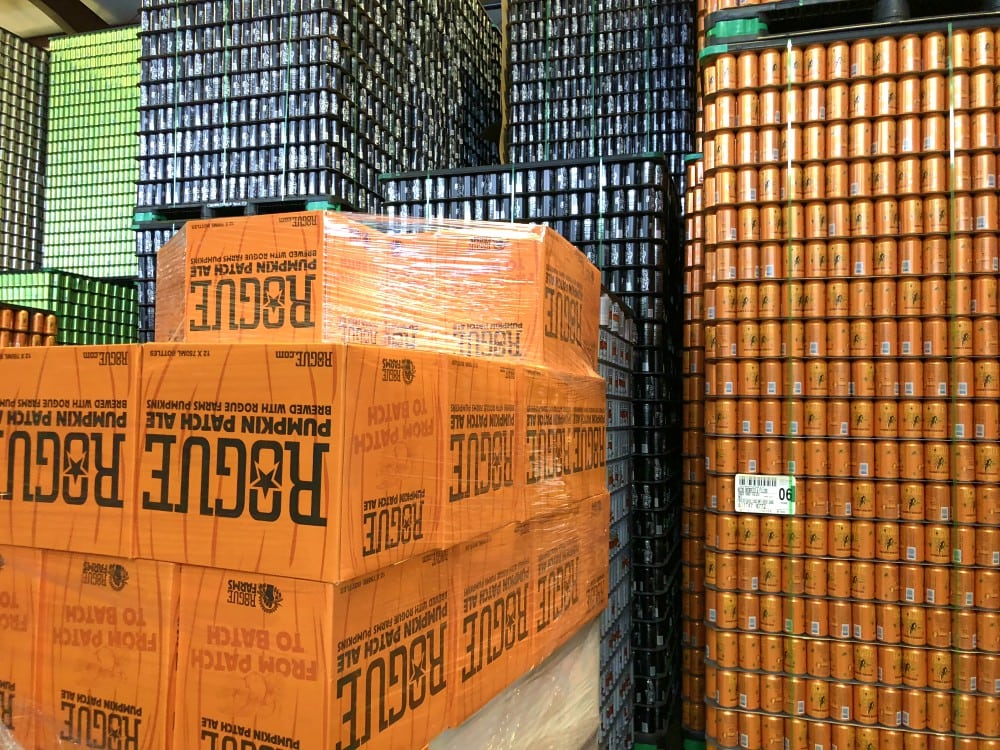 When you’re in the warehouse, surrounded by pallet after pallet, floor to ceiling Rogue beers–it’s a thrill! That label art is fabulous and stacked like that, it looks like some sort of modern art sculpture. Maybe I’m just fangirling here, but they look so cool en masse. 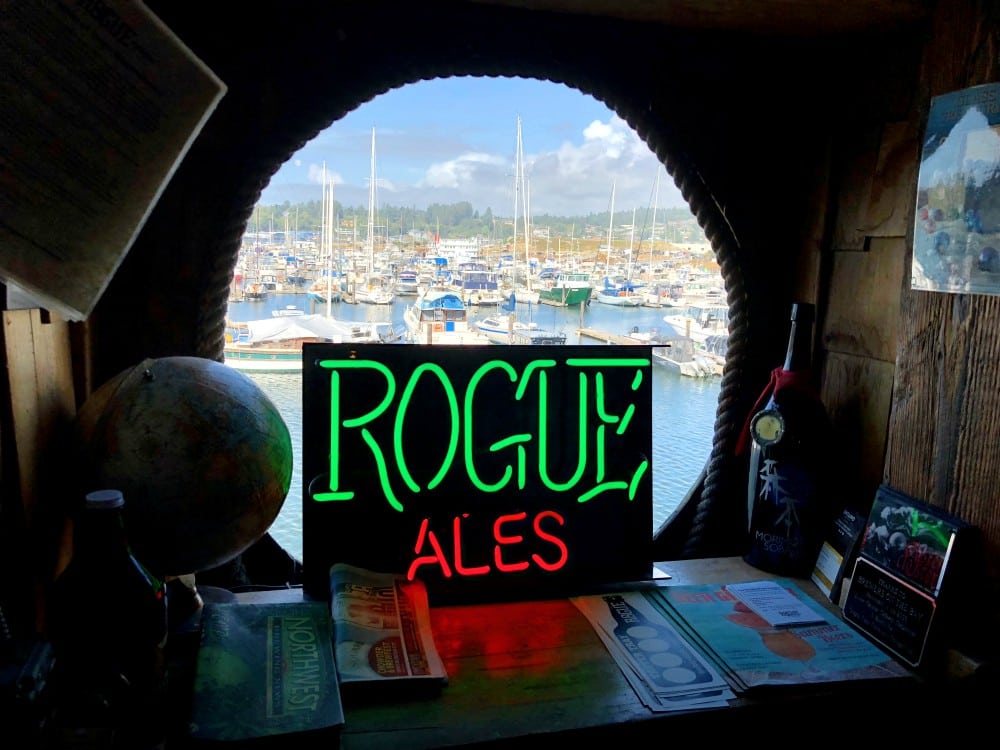 If you appreciate good beer or are a Rogue fanatic like me, you will love the Newport Rogue and you’ll want to go on a brewery tour. Allow plenty of time to linger over a flight or two and be sure to try the food–especially that salad. Have a pint of Hazelnut Brown for me! Cheers! Find out more on Rogue’s WEBSITE. 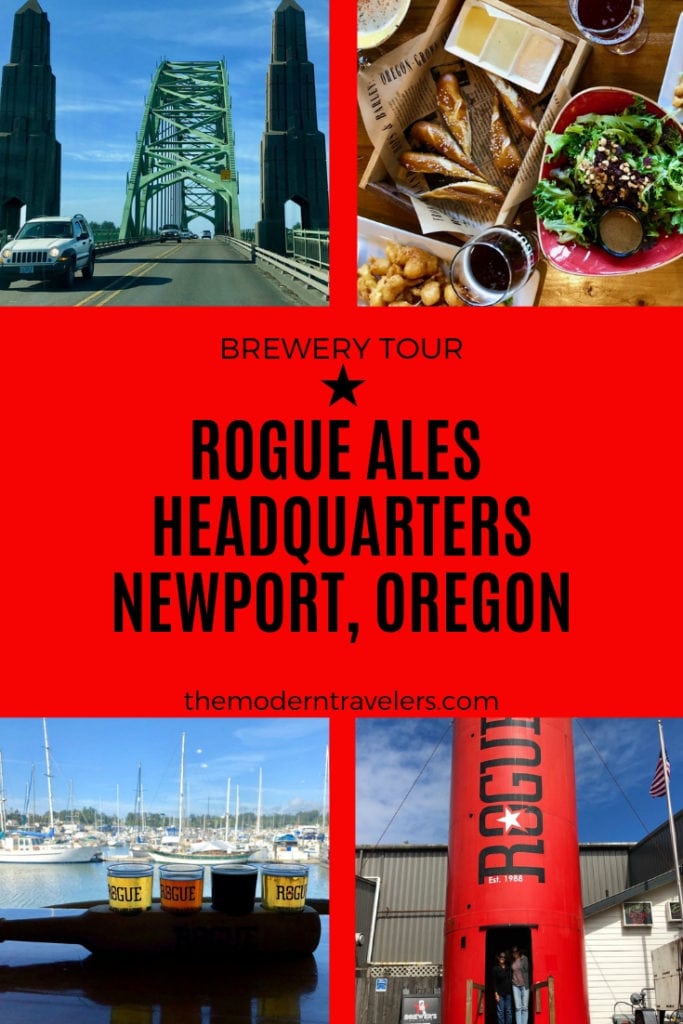