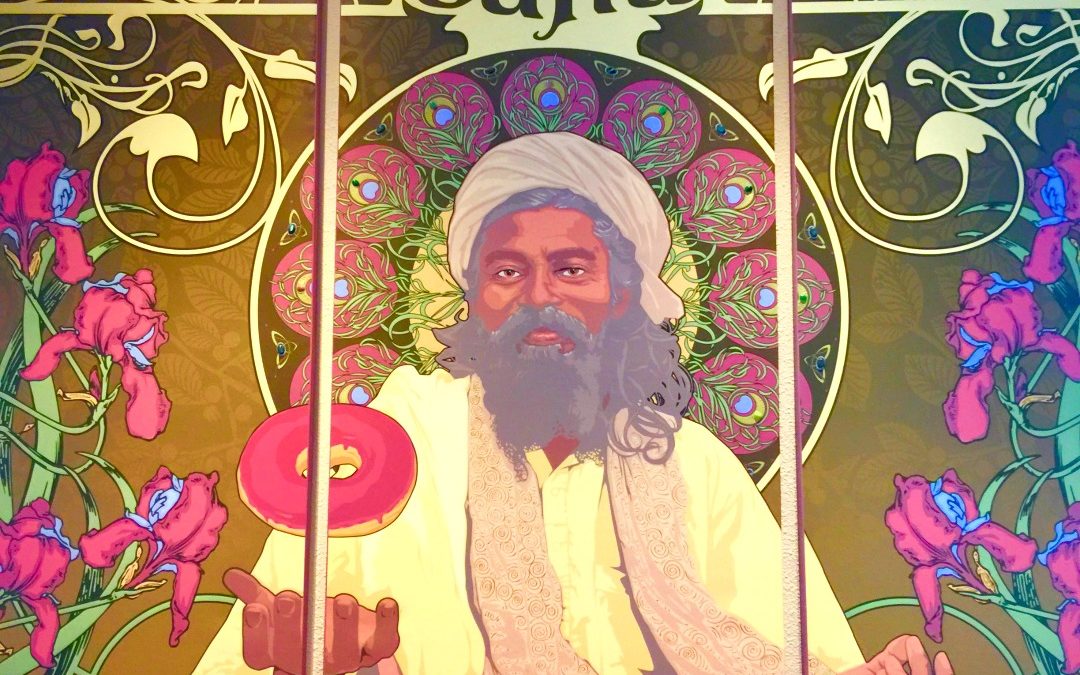 In keeping with the local farm to fork philosophy I was so pleased to find in Boise restaurants, Guru Donuts follows the locavore trend, sourcing ingredients from the Farmers’ Market. Donuts are made fresh daily, from scratch using local eggs and flour, and organic fruit. The donuts are handcrafted and the taste comes through as homemade. 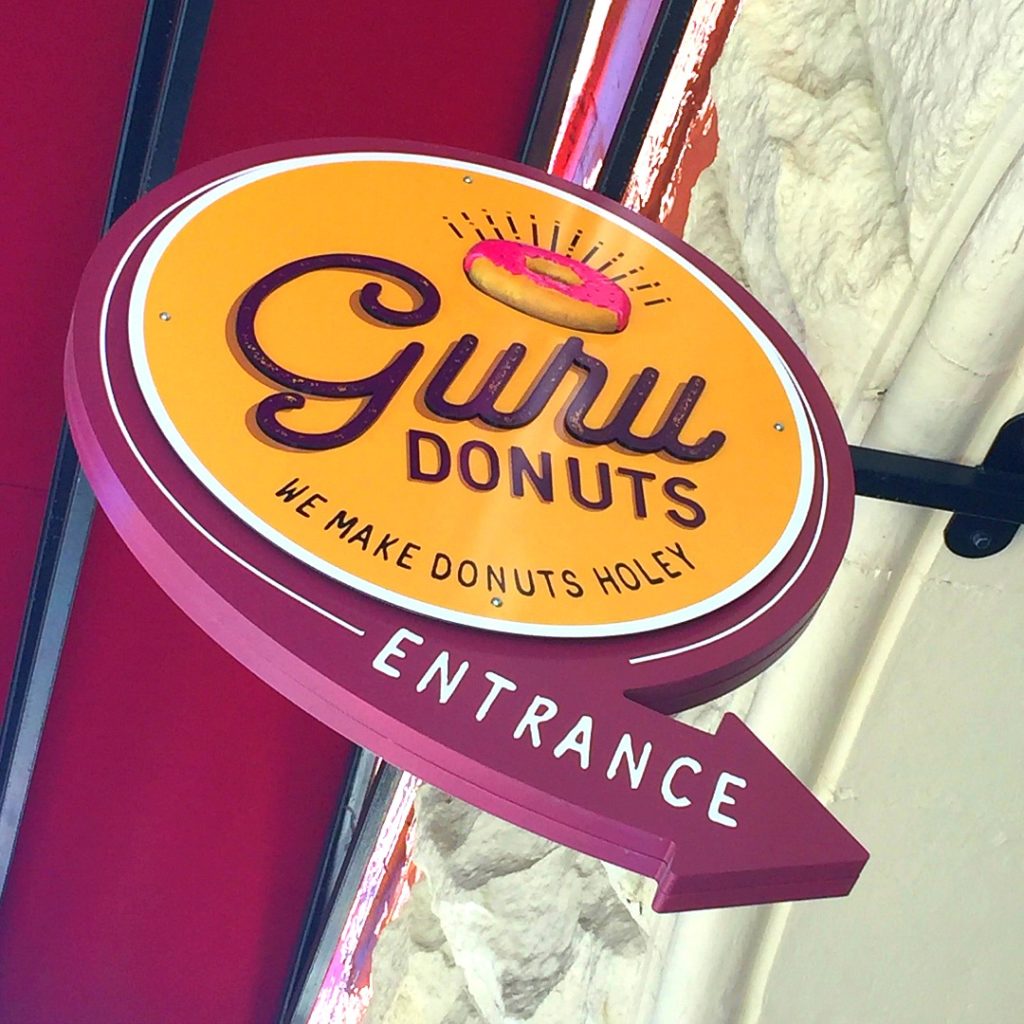 Guru Donuts was at the top of my son’s list of what he wanted to see in downtown Boise. He’s a Root Beer fanatic and when he saw that they had Root Beer Float Donuts, he was even more excited. 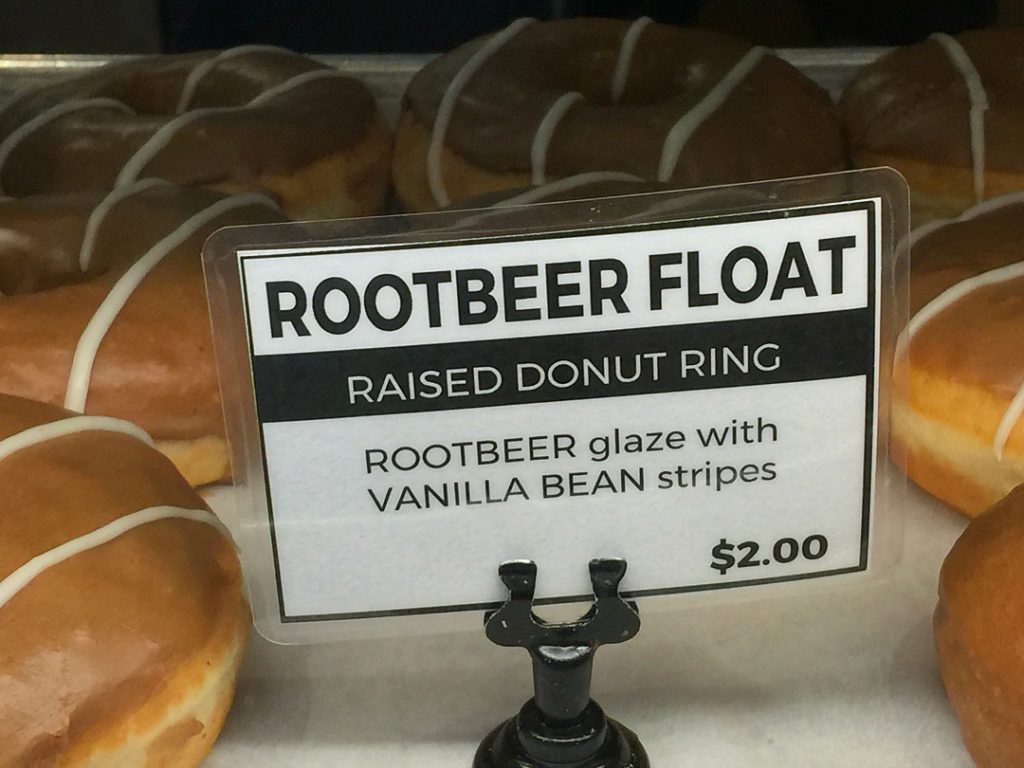 I wish I had a closeup of the donut he had, but it was inhaled before I could click. Didn’t get a taste of that one, but he said it really did taste like a Root Beer Float. 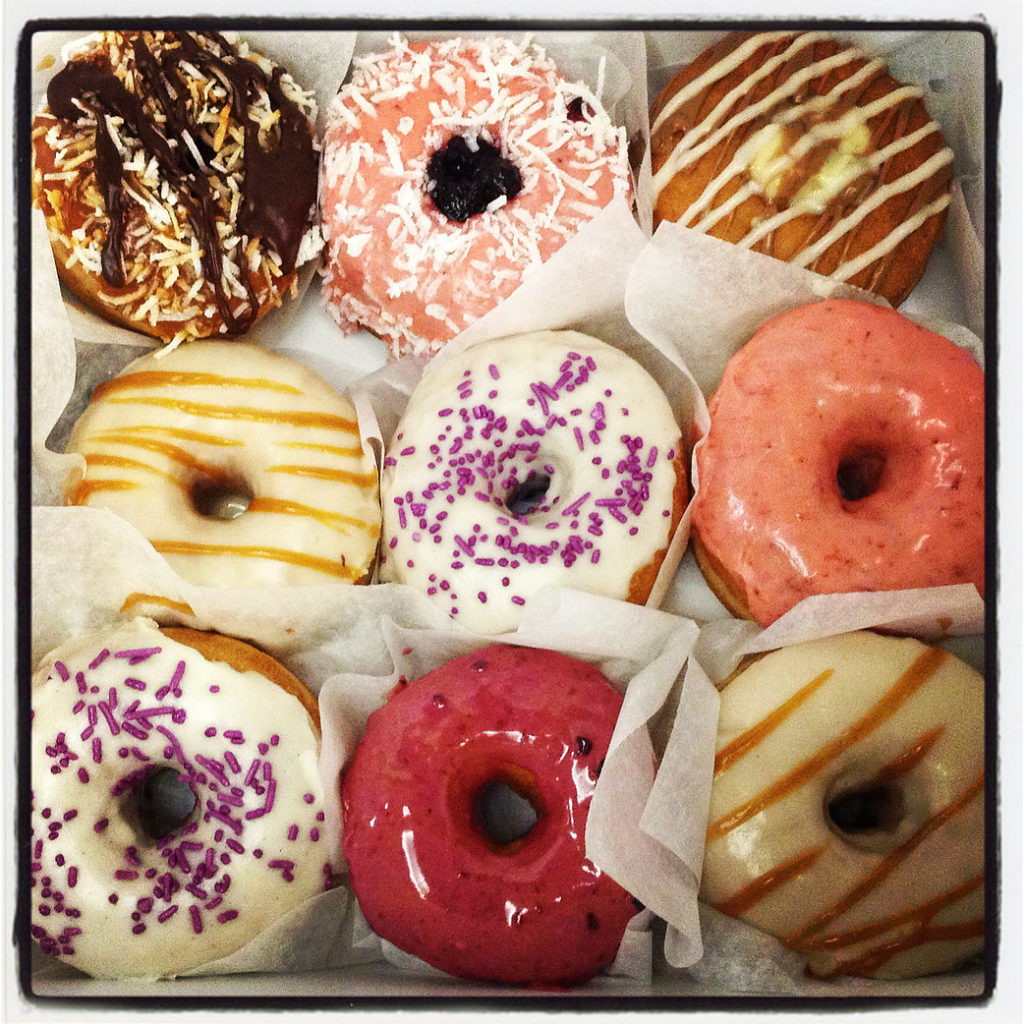 Here is an image from the Guru Donuts website to give you an idea of how pretty the donuts are. 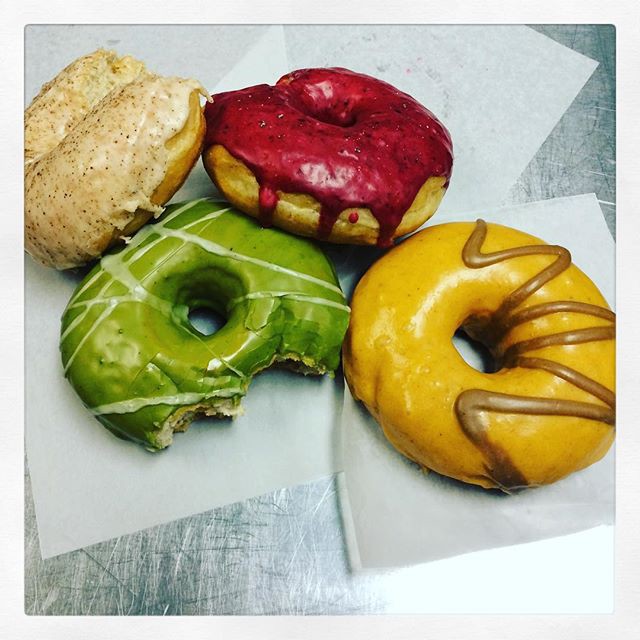 And one more… Too pretty to eat, right? I’d like to just look at them sitting on a plate like edible-art next to a cappuccino, but there’s no way donuts would ever survive ten minutes around my little donut monster. 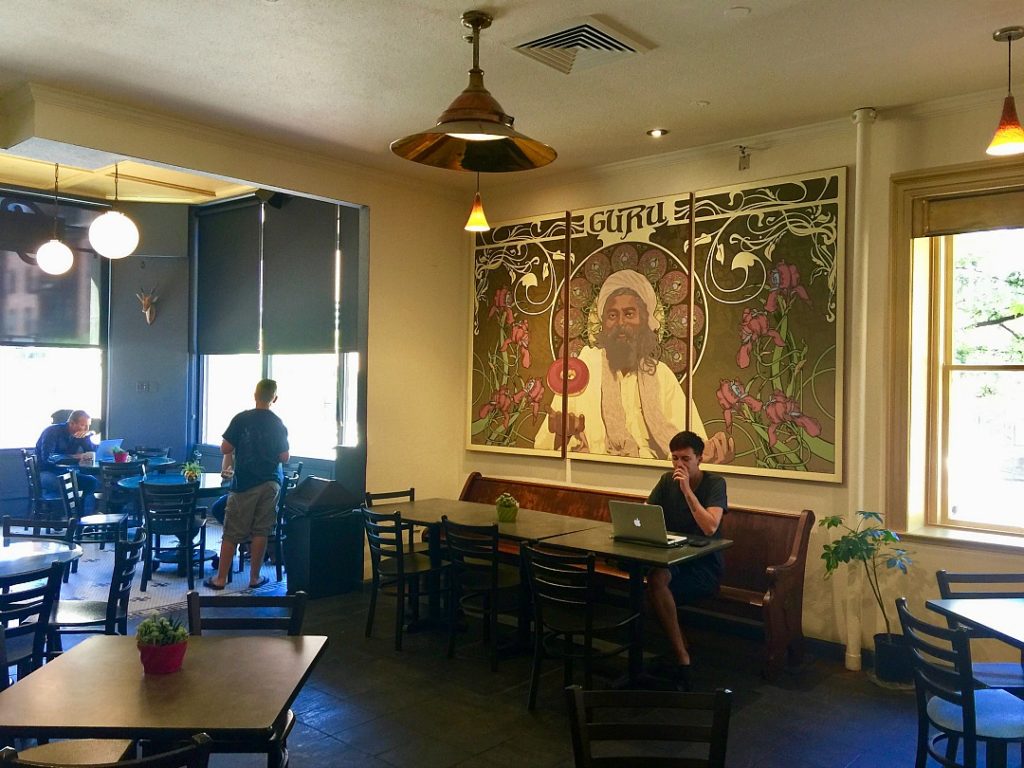 It’s a cute atmosphere, with plenty of space to work and hang out with friends and family. It would be a great place to meet up or get caffeinated before (or during) work. If I lived in Boise, I’d come here for some coffee or draft Kombucha to get work done. 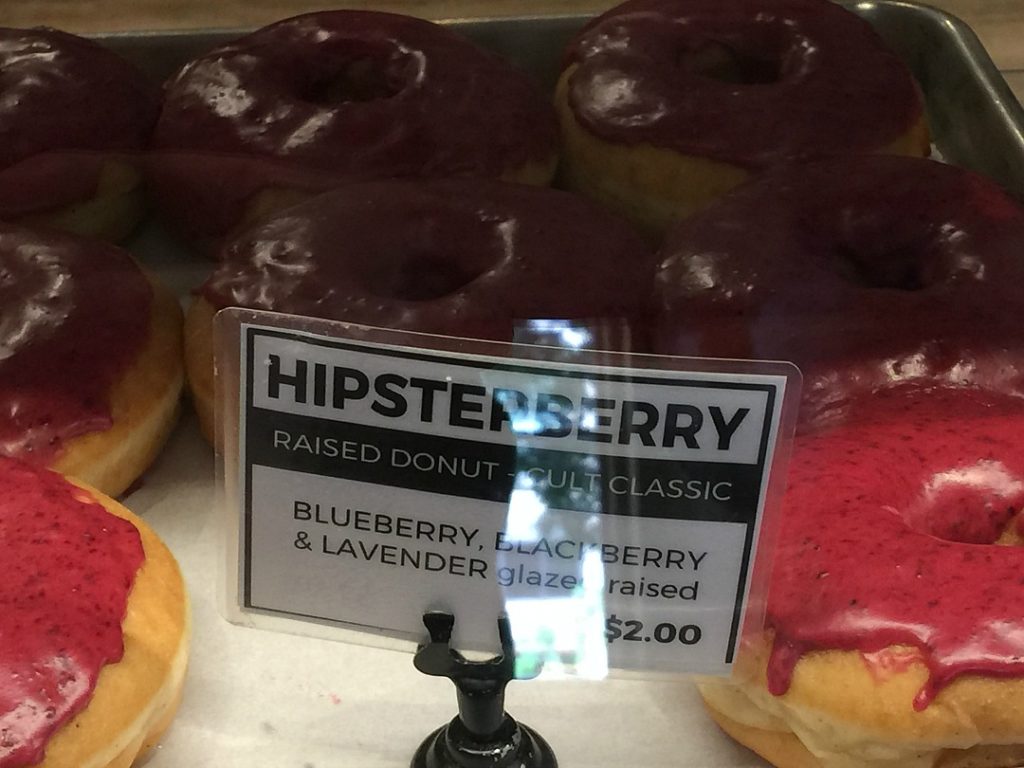 We also got a Hipsterberry donut, but it too was snatched up before I could get a close up picture of our donut. They’re a pretty color–deep, saturated pink-red with flecks of blueberry, lavender and blackberry. I managed to get a quick bite of one of those, and can confirm deliciousness. 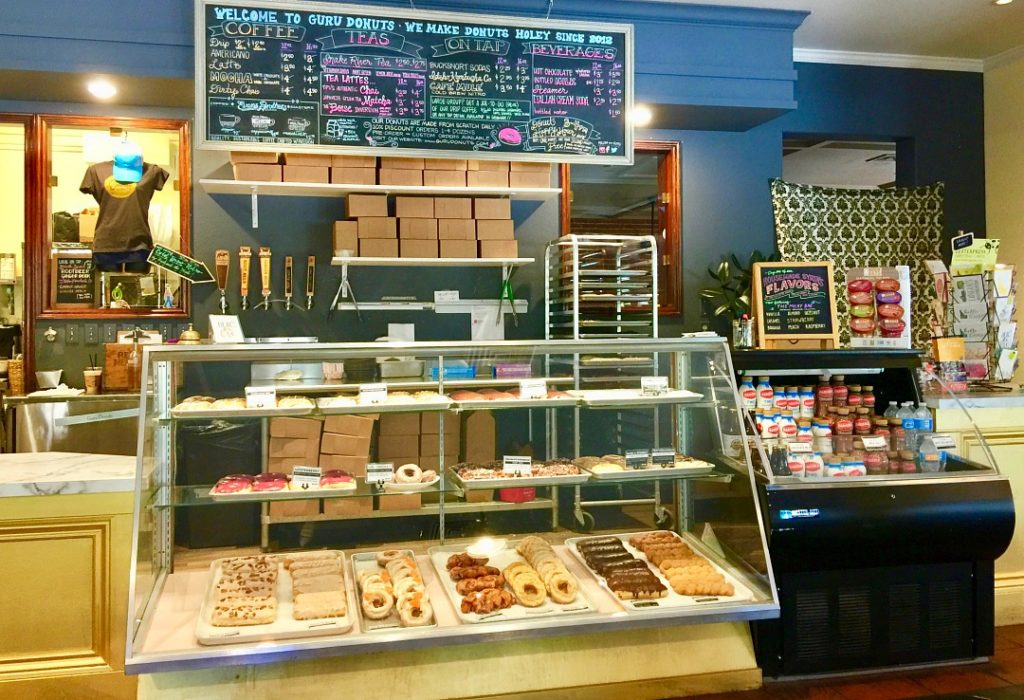 When you’re in Boise, stop at Guru Donuts for some local color and a flavorful sugar fix. Find out more on the Guru Donuts WEBSITE.