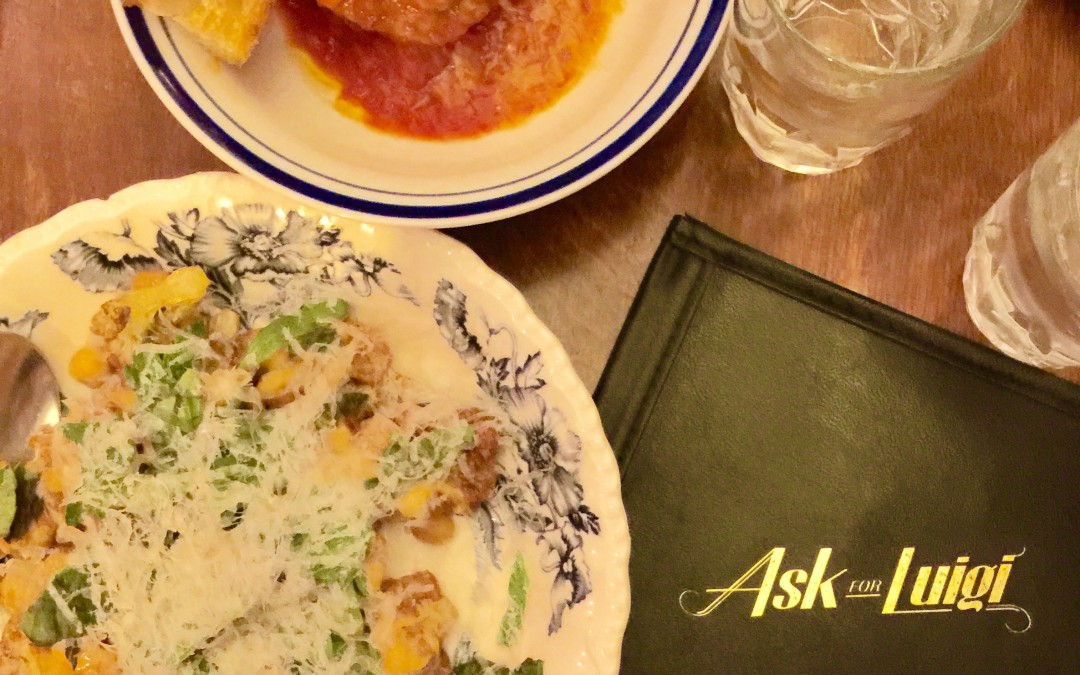 I’m Italian. Therefore I rarely go to Italian restaurants. Not that other Italians don’t eat at Italian restaurants, I know they do. But for me, it’s never that great. Once in a while I am pleasantly surprised, but generally I find Americanized Italian food way too heavy, too garlicky, and nothing like the stuff I grew up with. And the chains are totally out of the question. Olive Garden, for instance, is food-sacrilege to any self respecting Italian. Go ahead and call me a food snob, I am one.

But I’m open minded and I adore mom and pop joints and little holes in the wall. So when I heard about Vancouver’s hotspot, Ask For Luigi, I thought, sure, let’s try. I was in love with the name already. 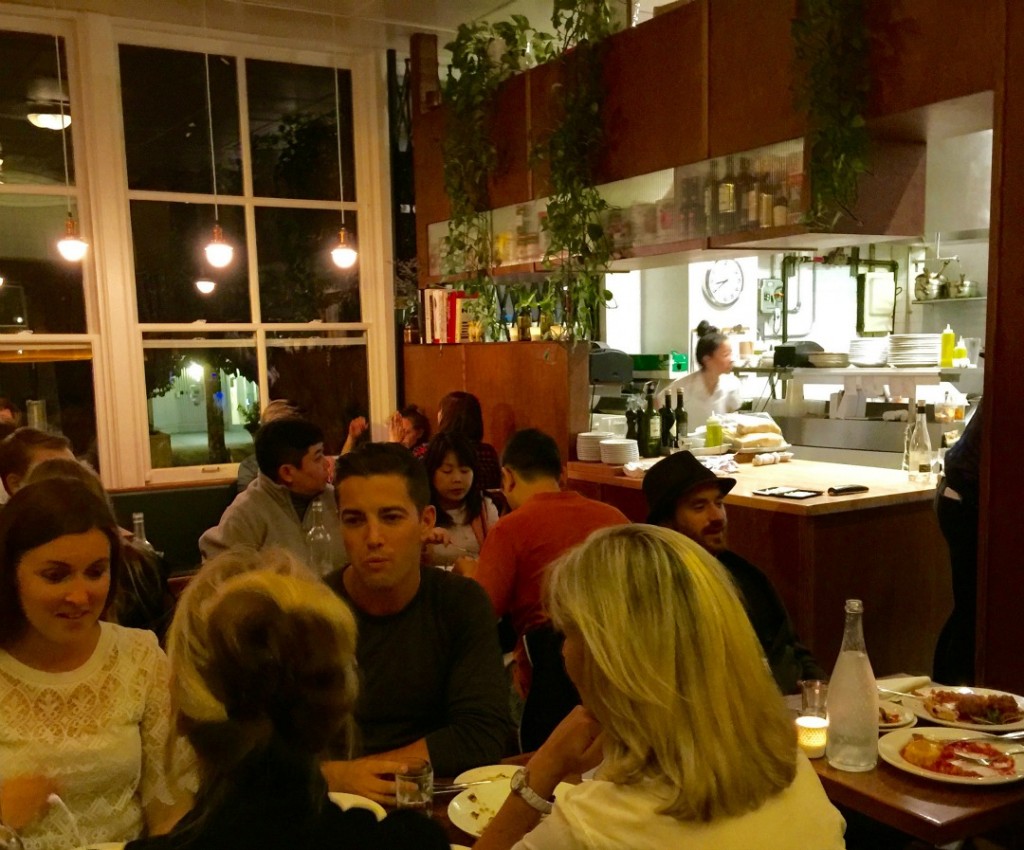 It’s not in the best neighborhood, but that doesn’t stop anyone. Lines snake around the corner, it’s so popular. It’s in a comforting old house that feels like your grandmother’s. The second I walked through the door, I felt like I was among friends. It’s very small and glows with white candles on the tables. Tableware is a charming hodgepodge of mismatched plates, glasses and flatware. Gramma’s house.

Food is served family style, in the center of the table, so everyone can share. I could barely take any pictures at all because my son was On It. “I’m not hungry,” is what he said as we were entering. Yet I had to fight for my food, that’s how good it was. 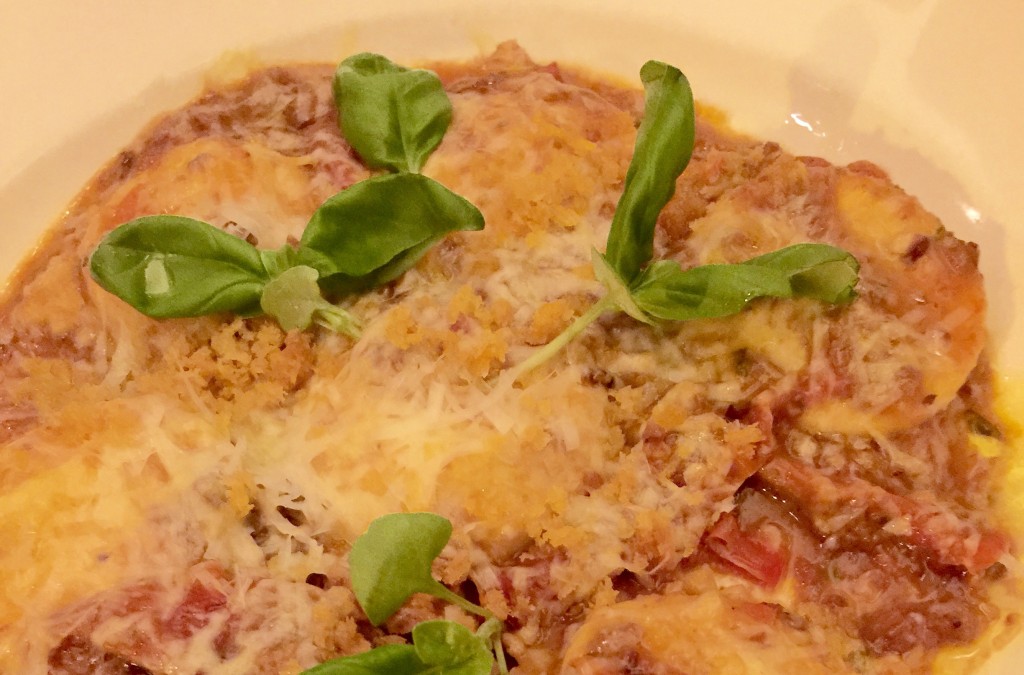 I don’t eat meat, so when they brought my son a meatball (huge and surrounded by sauce) it gave me a chance to dig in to the Cauliflower and Salad a little while he was preoccupied with the meatball. The Cauliflower. Oh My God. If you go to Ask For Luigi there are two things you have to order. The Fried Cauliflower and the Olive Oil Cake. I’m sure there are more musts, but I went crazy for these. The Cauliflower doesn’t taste “fried.” It has subtle flavors and combined with a salad is easily a meal unto itself. Portions are big here. 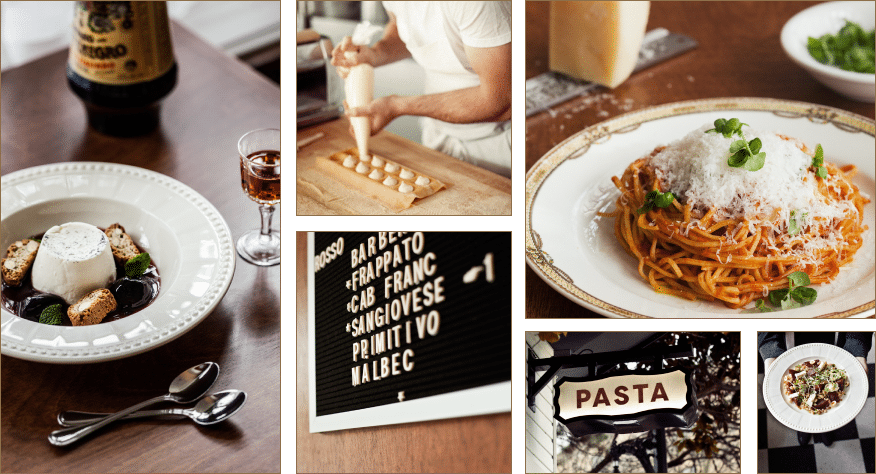 I’d also recommend the Ravioli. Pasta is homemade and boy can you taste it. We were stuffed after eating the first round, but somehow managed to share a whole plate of Ravioli. Again, I had to scrap for the two raviolis I got while my son devoured the rest. God we were full.

But. The smell of vanilla and citrus was permeating the air. What was that? I love eating at a restaurant that actually smells like food. You know what I mean? You walk into a place and are teased by the aromas of what you are about to eat. Like someone’s home kitchen. “I think it’s the Olive Oil cake,” the server said. We held a stare. I wanted it, but was so full. It might kill me, I thought. 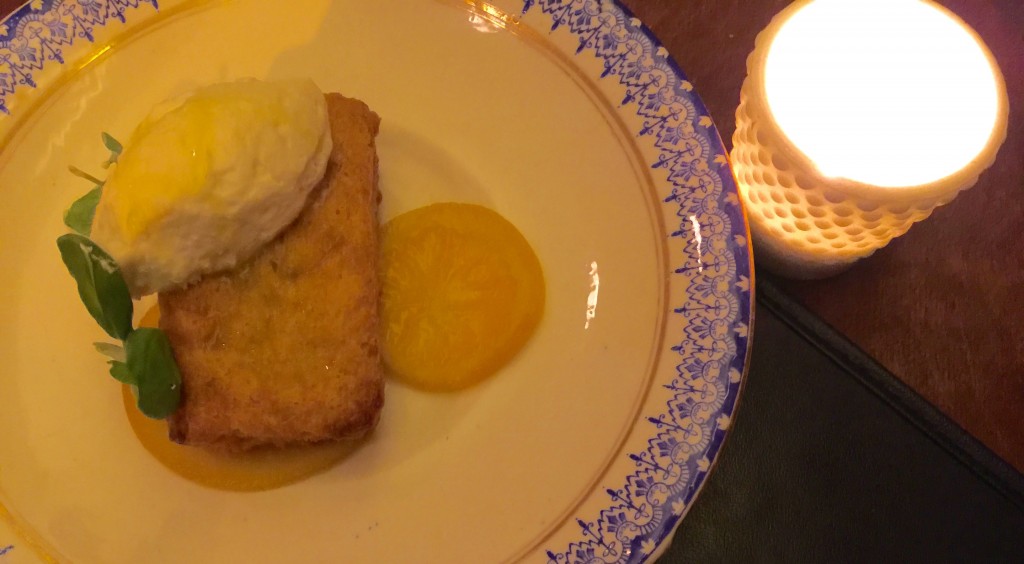 A few minutes later it appeared on our table. Fresh out of the oven and served with basil and a dollop of ricotta (I think it was sweetened). Heaven on a fork. Again we fought over the cake. As full as we both were, this stuff inspired territorial urges.

You’re not just eating food at Ask For Luigi, and I think that is what drives the popularity. This is Italian soul food. It was prepared with intention, like your mom’s food. You feel the love and that’s what makes it so satisfying and nourishing. Find out more on the website. 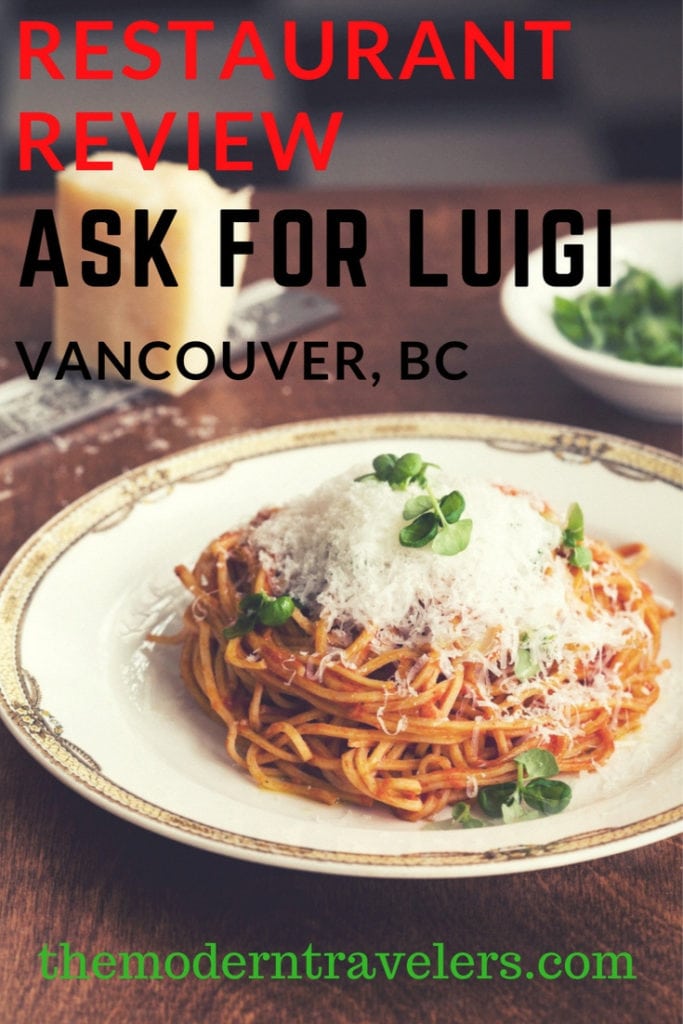